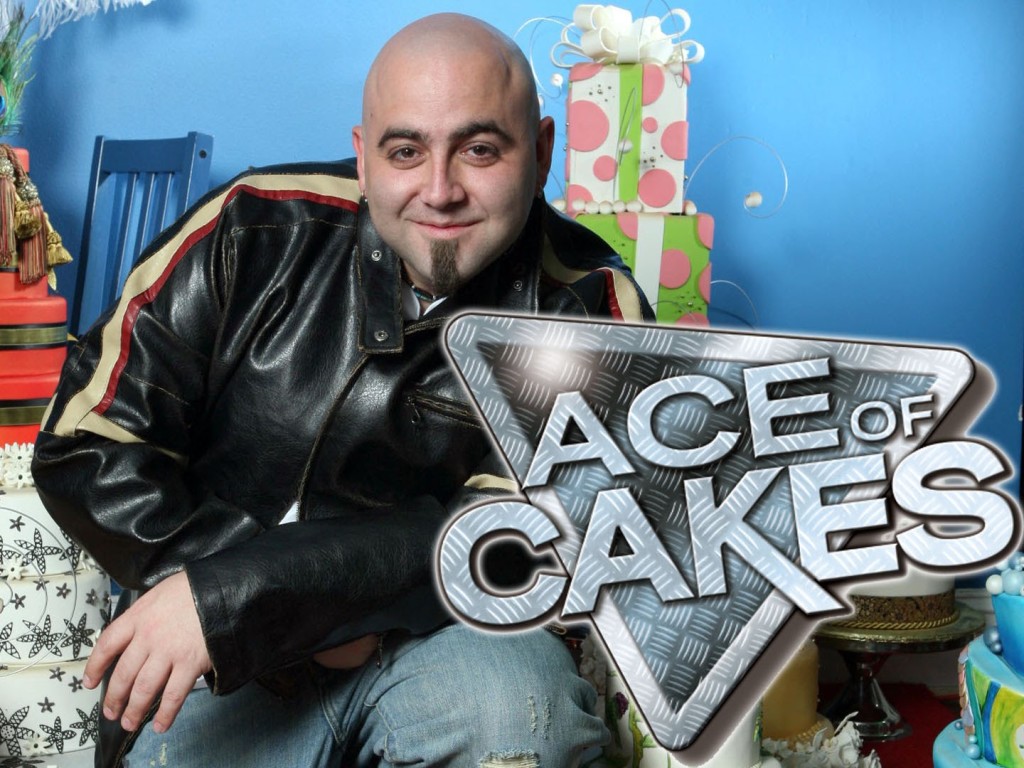 I hope Duff’s trademark slogan doesn’t just apply to his cakes, but also to the awesome birthday party that he definitely deserves to have today!

Did you know that Duff’s real name isn’t Duff? He was born Jeffrey Adam Goldman but couldn’t pronounce his name, Jeffrey as a kid. It always came out wrong until his brother called him Duffy and the name just stuck.

Duff has been avidly cooking since he was 4. He gave his mom a good scare when she discovered him brandishing a meat clever in the kitchen while watching Chef Tell on TV. When he reached the second grade, he came pretty close to cutting off his pinkie while carving a pumpkin. That’s when everybody knew the kitchen was for him. Duff first started working in the kitchen professionally when he was 14. He worked at a quaint bagel shop but was almost dismissed for making the sandwiches too large. He hasn’t stopped wanting to put his own awesome take on food ever since.

He even decorated his first cake on just his living room coffee table! Duff first opened his cake company, Charm City Cakes, in his apartment in Baltimore after he left his old job as a personal chef. He recounts telling the Food Network "I called my dad, business guru extraordinaire, and asked, 'Hey, Dad, how do I start a cake business?' And he says, 'Get some business cards, get a website and sell some cakes!' Astounding, basic advice, but I followed it...I baked [cakes] in my rickety joke of a home oven and delivered [them] in my hatchback VW."

Ever since then this intensely creative American pastry chef and television personality has been able to whip up cakes that are beyond what we imagined cakes could ever be! His cakes come in the wackiest of flavors because Duff is a firm believer that intricate cakes have to taste great. Charm City cakes boast of having a selection with over 49 flavors to choose from, like peanut butter and jelly; bananas Foster; blueberry muffin; s'mores; and pumpkin chocolate chip.

Another unusual thing about these cakes that makes them uniquely Duff specials is that Duff makes his cakes in reverse! Because most cakes can turn stale quickly, the team from Charm City Cakes plan the decorations and design each and every topping before they even turn the oven on. Duff attributed this unusual method of making cakes to his strong aversion to seeing cakes, usually wedding cakes who were quite intricate and stunning cakes but sadly, “tasted like crap.” Duff believes that flavor and freshness should always be a priority and has vowed to follow through with that with every confectionery marvel he creates.

Duff has also written books including Ace of Cakes (2009) and Duff Bakes (2015). He even finds time to play bass in an awesome band called Foigrock (a play on foie gras and rock and roll).

If you're in Los Angeles or Baltimore, be sure to check out Charm City Cakes! We browsed their website and found that the prices were quite reasonable, given the time and attention that is put into each cake!

Happy, happy birthday, Duff Goldman! Hope you’re having an awesome one! But, can you let us in on a secret? We’re all curious, who bakes your birthday cake?